REVOLUTIONARY GENIUS WITH A TIRELESS AND CONCRETE MIND, AND FATHER OF THE NEOCLASSICAL ARCHITECTURE. HE WAS ADMIRED BY EVERYONE, AND ENVIED BY MANY.

Luigi Vanvitelli (Naples, 1700 – Caserta, 1773) was an architect, engineer, scenographer and italian painter. Born from by famous landscape artist Gaspar van Wittel, he soon became popular due to his outstanding artistic talents, so as to immediately receive the praises by Filippo Juvarra, one of the main baroque architects.

Luigi Vanvitelli, a personality that is difficult to be limited within a specific style or artistic current, as it is no more fully Baroque, but at the same time a forerunner of the following style, the Neoclassical one.

So he was a transitional figure, in an era of profound social changes and thought,  living the transition from the absolute monarchy, to the enlightened one. Vanvitelli fully reflect these contradictions, summarizing and integrating them into his personality.

He deeply renewed the architecture, he had many students, imitators and followers, so many that in time his style spread so much in Italy and Europe, to create a new style: the neoclassical architecture.

He created and restored many buildings throughout Italy. His remarkable abilities made him become the main architect of the Pope, but this attracted jealousies and dislikes. In Rome, among many works, there was also the securing of the dome of St. Peter. He was considered the new Michelangelo.

The new king of Naples, Charles of Bourbon , to create the new nerve centre of his reign, asked to Vanvitelli to design the new city of Caserta, including the Royal Palace as its centerpiece. Its project, immediately printed and distributed across Europe, obtained great admiration by the sovereigns, and this admiration atttracted to him dislikes and even bullying.

After his death in 1773, the works of the Royal Palace were keeped on by his son Carlo. 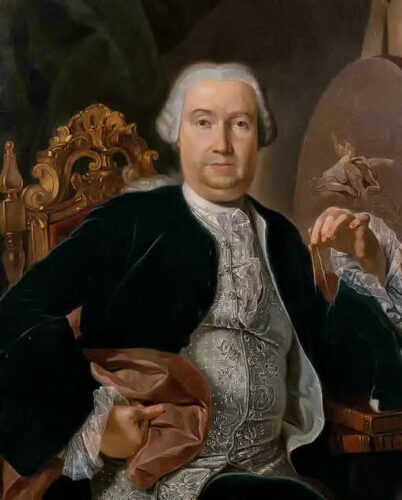 Luigi Vanvitelli was not indifferent to the neapolitan and european Enlightenment movement. As a practical man he was, Vanvitelli hated the most conceptual and erudite theories, just as he had a notable aversion to the architectural theory and criticism, believing that the architectural code was something definitively acquired and so elastic as to incorporate the baroque ideas.

THE ROYAL PALACE OF CASERTA

In 1751 he moved to Naples, in the service of the young and ambitious King Charles III of Bourbon, who had commissioned him to build the Royal Palace of Caserta. See History of the Palace

As a tireless artist, while he was building the Palace, he was simultaneously busy with important public works for the Pope, and at the same time he performed other works for the Roman and Neapolitan nobility. When the Habsburgs, the Austrian royal family, also proposed the renovation of the royal palace in Milan, Vanvitelli had to entrust it to an architect from his circle, Giuseppe Piermarini from Foligno.

A huge activity, with nothing left to chance, improvised or neglected. In Vanvitelli’s mind every problem always finds a double solution: artistic and practical. His rule was “the union of the useful and the beautiful”. The Carolino aqueduct can be cited as a typical example: after having given life to the waterfalls and fountains of the park, the water would have been channeled towards Naples for the needs of the city.

Vanvitelli did not always have positive relations with Neapolitan artists. He had a purely classical stylistic conception, therefore he refused in any way to collaborate with artists such as, for example, Giuseppe Bonito, director of the Royal Academy of Fine Arts, and others like him still very attached to the Baroque style. Instead he appreciated other artists such as, for example, Sebastiano Conca. In any case, both were involved in the decoration of the Palatine Chapel.

The Project of the Palace! 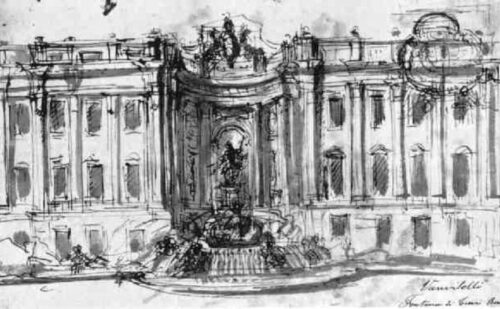 The Vanvitelli’s project for the Trevi Fountain 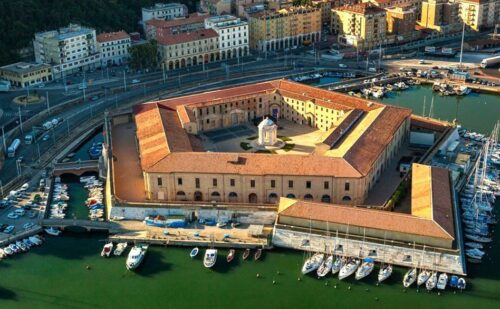 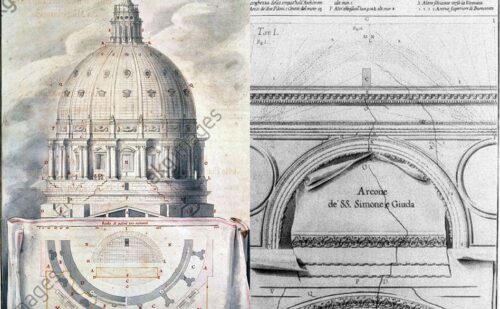 Static analysis of the dome of St. Peter 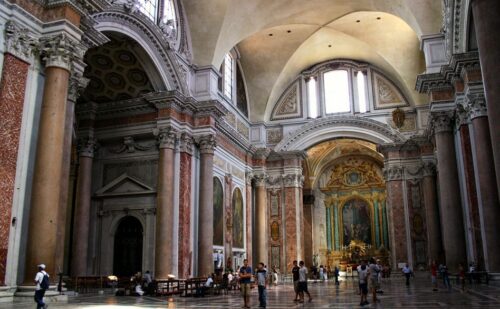 Interior of the Basilica of Santa Maria degli Angeli – Rome 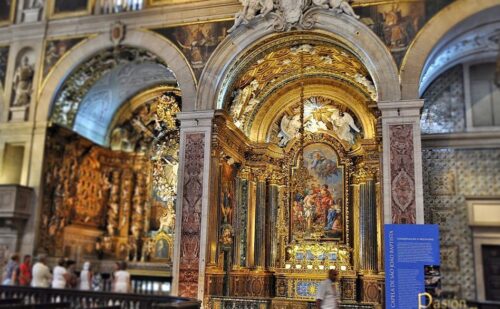 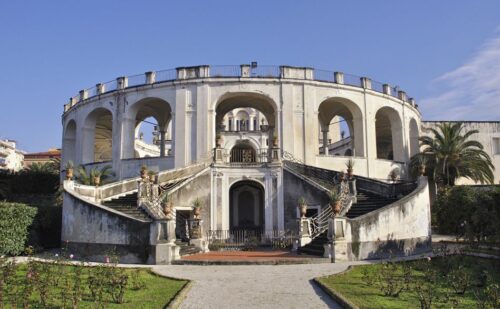 EXAMPLES OF WORKS INSPIRED BY THE PALACE OF CASERTA

Observing all architectures built or modified after the publication of the Declaration of Drawings of the Royal Palace of Caserta, you can often recognize its influence. For example, the Staircase of Honour of the Royal Palace, was taken as a model for the construction of the world’s most beautiful staircases. It is easy to find its style (central staircase that splits into two lateral staircases ending in a large tripartite wall) also via a simple image search via web.

Dates of construction of the main palaces

Find out the construction date of the main world Palaces 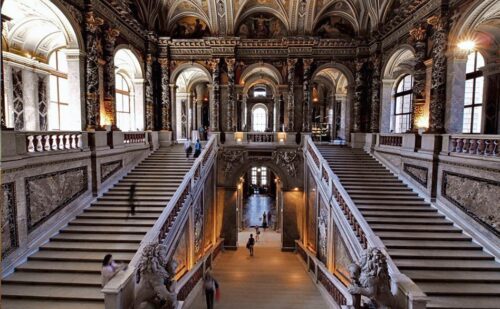 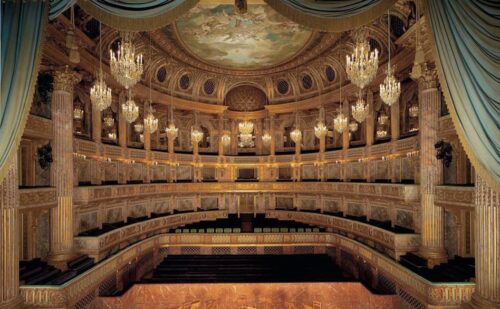 The Royal Opera in the Palace of Versailles 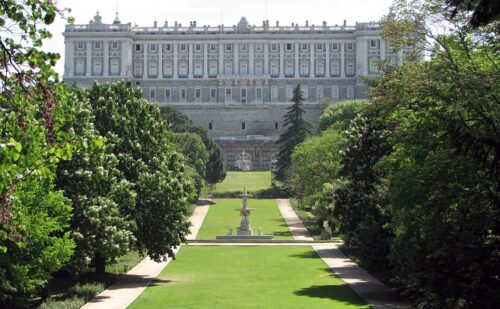 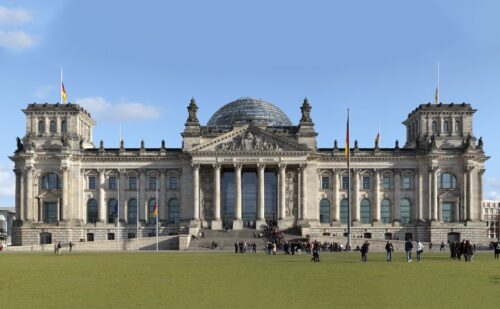 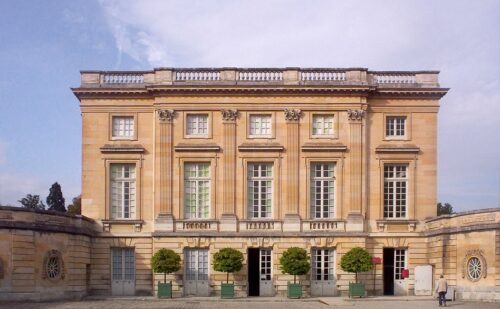 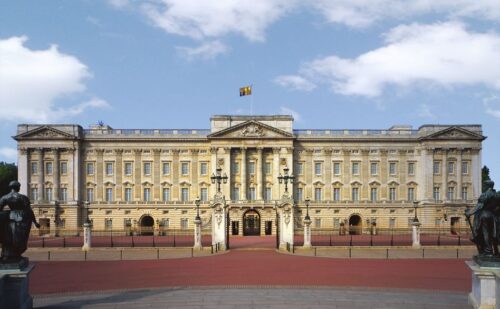