Home » The province of Caserta » History of margherita pizza

The historical truth about the birth of pizza margherita

Margherita pizza is undoubtedly the symbolic dish of Naples and Italy, known and really appreciated all over the world. I wanted to investigate what gravitates around him, including the birth of the queen of pizzas, the Margherita, strongly questioning what, based on the historical reconstruction based on the events of the eighteenth century and on the cooking treaties of the major chefs of the time, configures as a legend full of imagination still narrated today in order to maintain a veil of romanticism on a symbol of Italy in the world.

Source: https://angeloforgione.com/
To learn more read the book: Angelo Forgione “Made in Naples”

The Margherita, as everyone knows, is attributed to Raffaele Esposito, a pizza chef from the pizzeria "Pietro ... e e Basta questo", founded in 1880 by Pietro Colicchio, today the "ancient Brandi pizzeria", near the Royal Palace. The story goes that on the evening of 11 June 1889, in the royal kitchens of the Capodimonte Palace, Esposito would have baked three different types of pizza to pay homage to the visit of King Umberto of Savoy and Queen Margherita, who would have made an express request. One with oil, cheese and basil; another with cecenielli (whitebait); yet another with tomato and mozzarella, to which Esposito's wife, Maria Giovanna Brandi, would have added a basil leaf. The Piedmontese queen would have liked the one evoking the colors of the Italian flag, which, for the occasion, would have been baptized with her name. 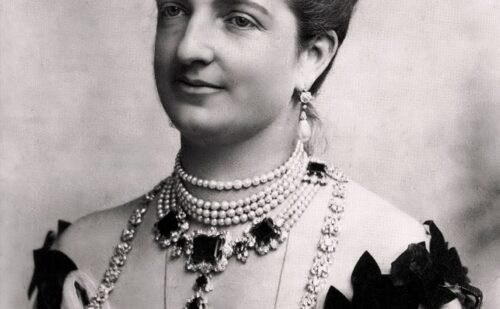 The origins of pizza margherita

The birth of the Margherita dates back to at least the mid-nineteenth century, a few decades earlier than Raffaele Esposito's homage to the Savoy family. All this seems to be known by the Neapolitan trade associations, since it was they who provided a very important proof that has so far remained absent-mindedly ignored but which is now the case to place at the center of the discussion. Just take a look at the EU Regulation n. 97/2010 of the European Commission reported in the Official Journal of February 5, 2010 accrediting the Pizza Napoletana TSG denomination in the register of guaranteed traditional specialties. In point 3.8 of Annex II, there is written:

"The most popular and famous pizzas in Naples were the" marinara ", born in 1734, and the" margherita ", from 1796-1810, which was offered to the queen of Italy visiting Naples in 1889 precisely because of the color of her condiments (tomato, mozzarella and basil) that recall the flag of Italy. "

The regulation, therefore, certifies the birth of pizza margherita in the Bourbon period

Beyond the suggestion for tourists

The above certification definitively proves that pizza margherita was born at the end of the 18th century.

The fact that the Brandi pizzeria boasts an epigraph (placed in 1989) at the beginning of the Sant'Anna di Palazzo climb, which (complete with the Savoy coat of arms):

is a double historical false:

Among other things, the fact that Margherita of Savoy, the Piedmontese queen, said to the pizza chef:

it is full of charm but not very credible if you consider that the Queen used to speak in Piedmontese, French and German while she did not like doing it in Italian, let alone in Neapolitan.

The probable true origin of the name Margherita

In 1858 the philologist Emmanuele Rocco, in the second volume of the work "Uses and customs of Naples and outlines described and painted", spoke of:

And it is very likely that, by arranging slices of mozzarella on top, something very similar to the margherita flower will automatically form (which coincidentally is also the name of the Piedmontese queen). Then adding the basil "the flower effect" is complete!

In any case, the publication dates back to 1858, and testifies how the "daisy" was already prepared at least thirty years before the date that the history of Italy has handed down, if not earlier.

We do not know why the trade associations gave a time interval between 1796 and 1810, but the second pizzas described by Rocco, those with grated cheese and basil, and seasoned with lard instead of oil, to which mozzarella was added and sometimes, among many variations, the tomato, indicates that already in the mid-nineteenth century at least pizzas were prepared with tomato, mozzarella, basil, lard and sprinkles of grated cheese.

Therefore it was a marketing operation, both dynastic and commercial, for something that has already existed for a century.

it is also true that, by elevating it to the status of “queen” and associating it with the propaganda related to the Unification of Italy, this has contributed a lot to the spread of the typical Neapolitan dish nationally, and subsequently worldwide, creating the symbolic dish of Made in Italy or, to be exact Made in Naples.