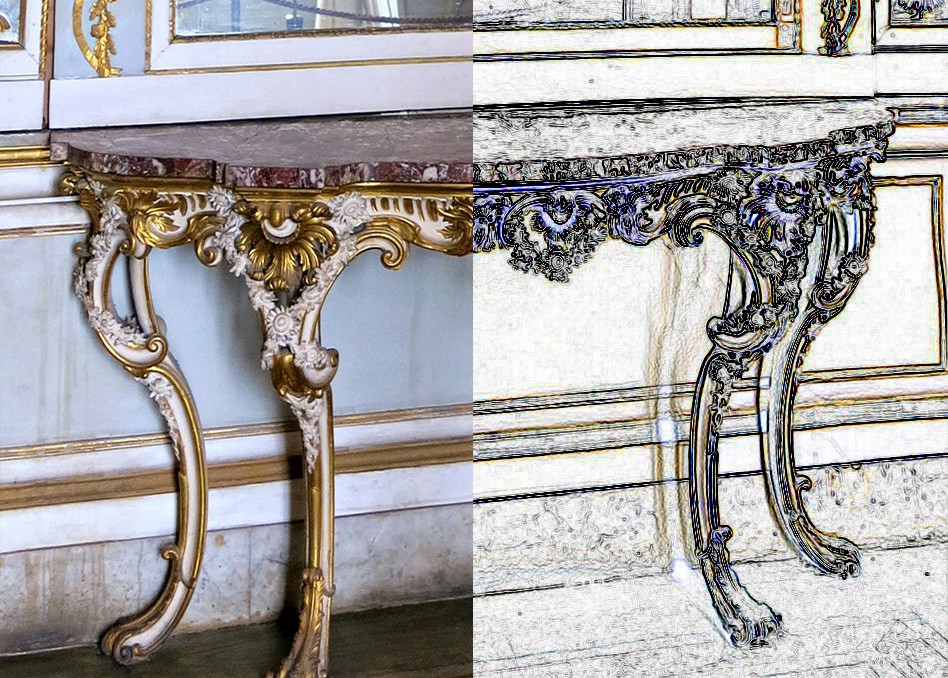 Usually a typical palace furniture tends to be definied as having a "baroque" style. Often is defined as baroque whatever has a very luxuriously and decorated appearance, but looking more carefully we see that they own different styles.

The Royal Palace of Caserta due to its history and vicissitudes(italian language page) gives to the visitor the unique opportunity to see the evolution of taste since the later Baroque style up to the nineteenth century revivals.

To know the elements of each style

Why it is in Rococo style (later Baroque)?

The demilune shape and the white-gold color were created by Gennaro di Fiore and Carlo Vanvitelli. 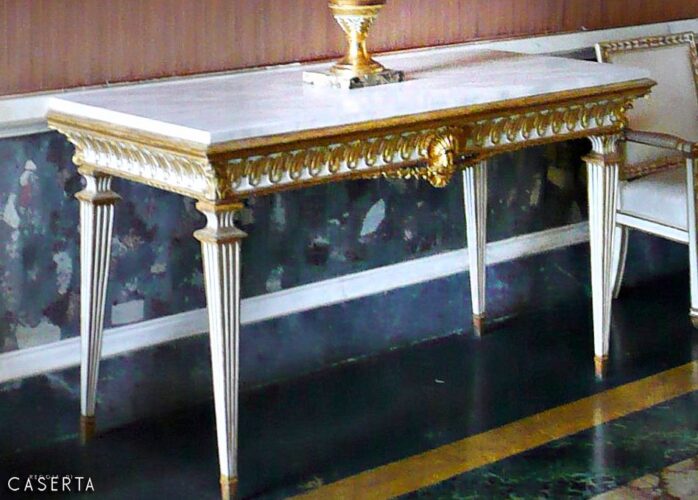 Why it is in Neoclassical style?

The furniture are squared because the square shape resembles the Enlightenment rationality. 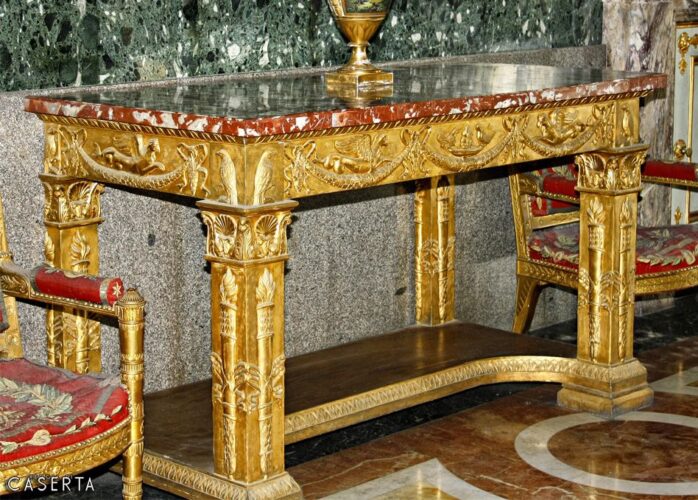 Why it is in Empire style (later Neoclassical)?

This console of the Napoleonic era, comes not from France as the armchairs, but was made in the Kingdom of the Two Sicilies. Usually Joachim Murat, to curry favor with the people, ordered to make empire styled furniture with the classic Neapolitan white-gold color. Why this console is neapolitan? On the upper part of the legs there is a shell, the classic logo of Luigi Vanvitelli also used extensively at a later date. 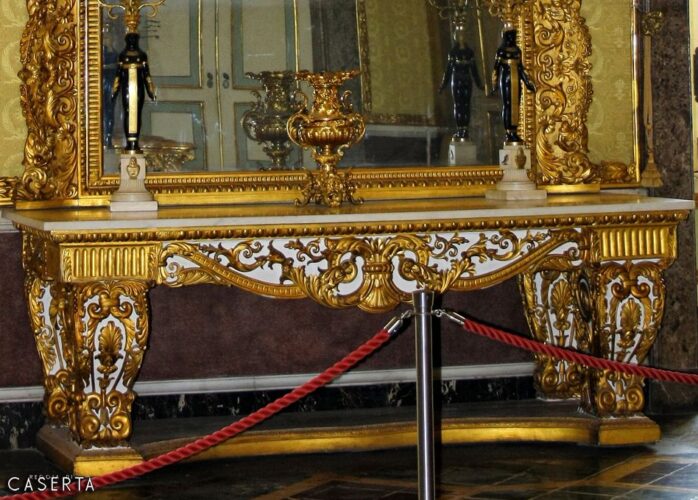 Why it is in the Victorian Revival style?

The Napoleonic Empire lasted twenty years over the Napoleon's death. Since 1840 until the end of the century (Victorian era) no new style was created , and were reproduced all previous styles from Gothic to Empire style, often mixing them together with no care. Generally the furniture and objects from this period are always very showy, and often machine-made (not the one in this picture of course).

Before the industrial revolution, luxury items could be afforded only by nobles, and they were supplied by craftsmen, the so-called marchand-mercier that only made excellent products. With the industrial revolution and the rise of the bourgeoisie, the craft ended as the new ruling class, the bourgeoisie, was generally interested in having a showy object rather than a work of art, of which had no tradition.

Since it is impossible that an artisan of the Rococo era was able to create a wall table with an Empire style base (born 60-100 years later), and that a artisan of the Napoleonic era was still using 50 years old out of fashion decorations, it is clear that this furniture was made in Victorian times between 1835-40 and 1860, year of the end of the Kingdom of the two Sicilies.